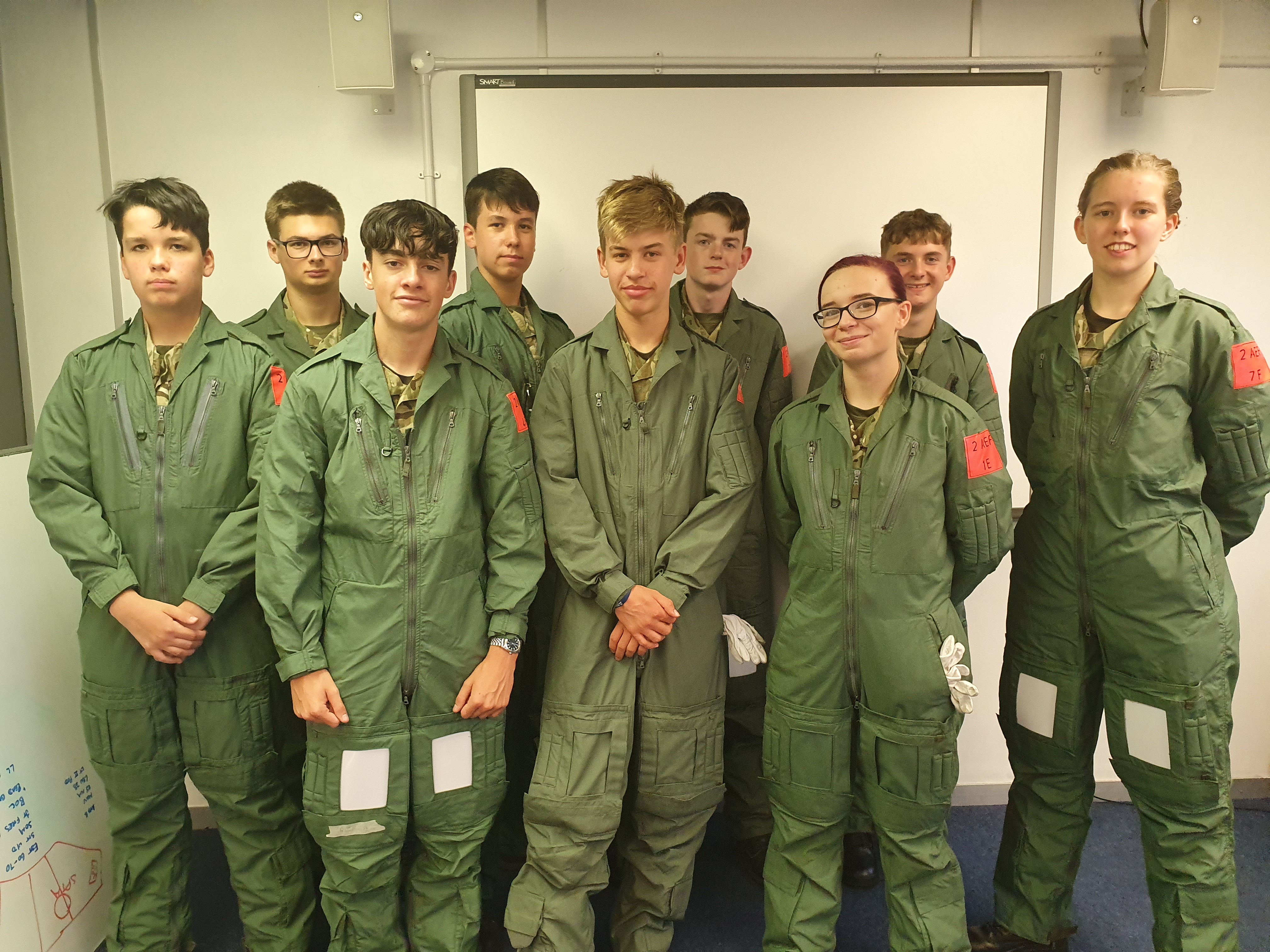 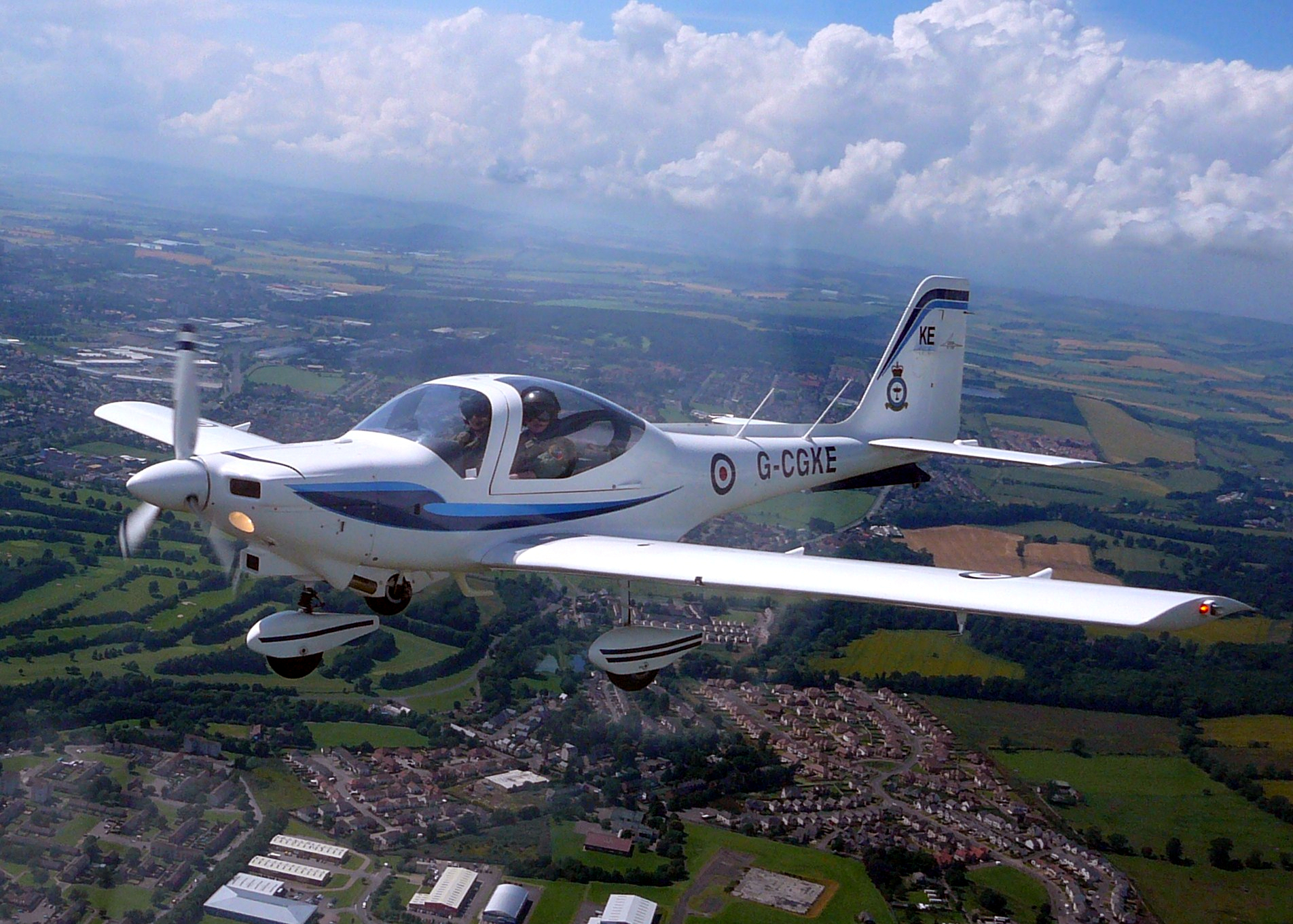 Flying in one of the RAF's Grob Tutor aircraft has got to be one of the best activities that our cadets get to experience. Once you have completed some basic training on your local Squadron you are ready to experience what the Air Cadets is all about. Your first trip Air Experience Flying will usually involve an early start for you and your fellow cadets as you head to a nearby RAF Station (the Air Cadet Organisation has 11 locations around the United Kingdom where AEF takes place).

Once at the Air Experience Flight you will be given an all important safety brief followed by a demonstration on what to do in the case of an emergency (don't worry - you're more likely to win the lottery than experience an incident whilst flying). Once it's your turn to fly you will be kitted out with flying suit, helmet and parachute and then escorted out to meet your pilot. The Air Experience Flight Pilots are usually current or ex pilots in the RAF and are there to make sure you have a fantastic time on your first flight. From taking control of the aircraft to experiencing aerobatics the choice is yours.

Your Air Experience Flight will usually last around 20-30 minutes and the pilot will spend time talking you through what controls the aircraft in flight. The opportunity to take part in flying is a great way to put into practice what you have learned in the classroom in subjects such as Principles of Flight. If you are keen to do more flying; the ATC offers access to different scholarship schemes, where cadets can gain flying hours towards a Private Pilot's License (PPL). If you would like more information on the schemes available and how to apply, speak with a member of Squadron staff. 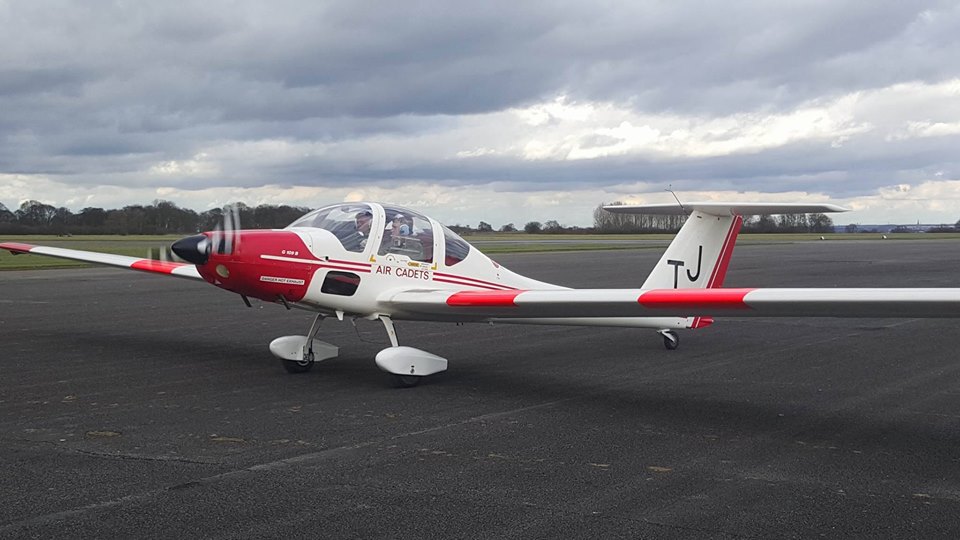 These courses give a high level introduction into how to control the aircraft and how the aircraft is managed in each of the movement planes. After you have completed the first GIC you will be able to confidently control the aircraft in an upwards and downwards movement. GIC's 2 and 3 see you learning how to roll the aircraft and also move it side to side using the rudder (yawing). The completion of these three induction courses puts you in the ideal place to undertake a Gliding Scholarship on your 16th birthday. 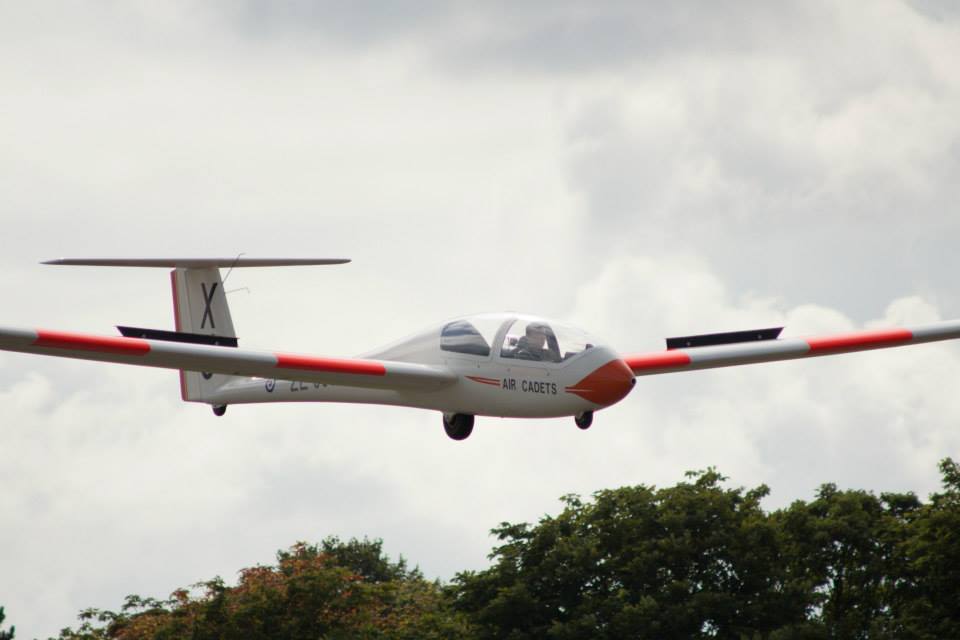 At the age of 16 you can complete one of the best courses offered by the Air Cadet Organisation. Successfully completing a Gliding Scholarship (GS) will mean you are able to fly a glider solo before you can legally drive a car!

A Gliding Scholarship provides you with up to 8 hours of glider training in either the Vigilant or Viking gliders. This training is usually done on weekends at one of the 28 Volunteer Gliding Squadrons located around the United Kingdom. As highlighted in the title VGS' are run by volunteers from within the Air Cadet Organisation and more often than not most will have completed a Gliding Scholarship at some time in the past.

On completing the syllabus above your instructor will make a decision as to if you are capable of going solo or not (this is dependent on your progress and other factors such as the weather and time left on your course). If given the go ahead you will receive a briefing on completing the circuit before being strapped in and sent off for your first solo flight!

On completing your Gliding Scholarship you will be awarded a set of gliding wings, these will be silver (solo standard) or blue (non-solo standard) depending on your performance.

As a cadet or a member of uniformed staff, you are insured to fly in every aircraft the Royal Air Force, British Army and Royal Navy have. In addition this extends to the United States Air Force aircraft and other members of the NATO Treaty countries. These chances do present themselves every so often and we have had cadets fly with the Royal Air Forces Aerobatic Team, The Red Arrows. In addition cadets have flown in Chinook's, Griffins, Hawks, Typhoon, Voyager, Hercules, Puma, E-3D Sentry, King Air and many others.

These flights often take place on camps or through special arrangement, we had cadets on board the Voyager that took part in the 2012 Diamond Jubilee flypast for HM Queen Elizabeth II, flying across London and along The Mall for the national celebrations. Cadets have been fortunate to see Air to Air Refuelling close up, experience low level flying in helicopters and the thrill of high speed flight in Fast Jets.

Are you ready to join?

Join as a cadet Join as staff